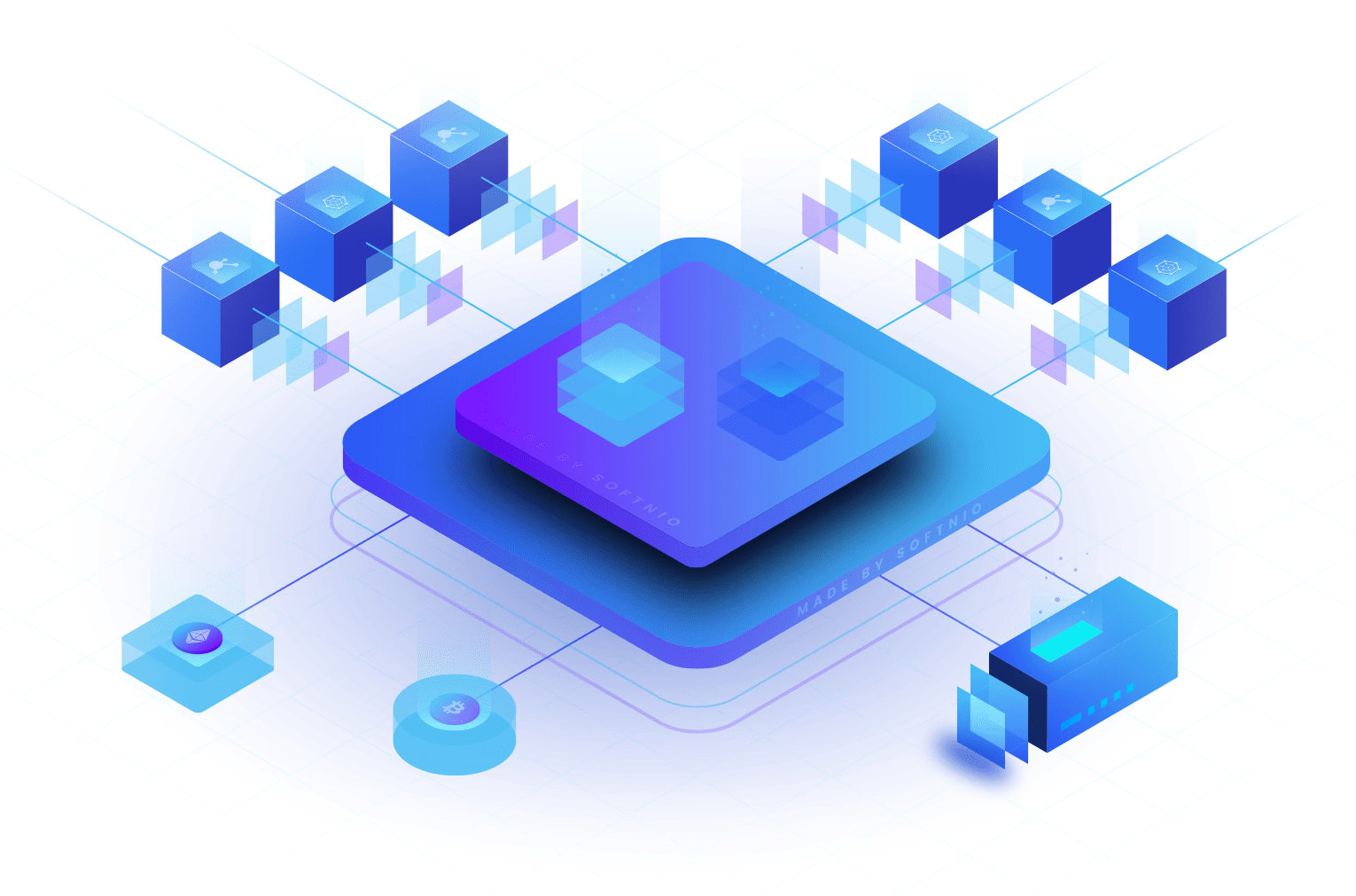 The Cowrium project consists of the following entities:


Watch Video What and How it work

Cowrium is a blockchain project being developed to help Small and Medium Enterprise to easily adopt comprehensive blockchain solutions to better reach thousands of customers who conduct business through the SME industry..

The Cowrie coin, which is the official cryptocurrency of the Cowrium platform, represents a digital currency that will effectively replace the physical money. The aim is to increase the adoption of blockchain technology through an easy-to-use platform.

Cowrium uses a 2-Hop network. In the first hop, miners identify blocks and record transactions on to the blockchain. The miner, of course, is rewarded with the new coin mined in return. The other hop consists of Masternodes that are hosted on virtual private servers (VPS). These are special servers that enable instant and private transactions, budgeting as well as decentralized governance.

Mining : The Cowrium blockchain combines in-browser mining with Mobile Mining as a support system for the CPU and GPU miners, allowing for Cowrium’s hash rate to be truly decentralized, protected against 51% attacks and providing better profitability for web and mobile miners.

Masternodes : Masternodes: The Cowrium POS Masternodes is similar to Dash's, which provides to the network near-instant and secures payments as well as anonymous transactions. The Cowrium Blockchain allows CWR holders to earn fixed rewards through staking, in return for their help to secure the network.

Enable Merchants and Consumers to make/receive payments in any Coin via dedicated mobile and web apps.

This capability permits the interoperability of block chains through Cowrium and Private Masternodes.

This gives New Projects the ability to raise fund and accept payments in any Cryptocurrency of their choice.

The near-instant payments known as InstantSend technology, is designed to ave. at 0.5 secs per transaction compare to others.

The technology mix funds through the Masternodes network, making near-impossible to trace back the origin of the funds.

This can be executed only by users willing to participate in the contract but can be verified publicly.

This resolves the Mempool overload issue of traditional blockchains by prioritizing transactions to prevent delays.

a smart contract feature enabled in the Cowrium wallet of users that allows exchange between different cryptocurrencies (coins) without a third-party.

a feature that enables users to schedule recurring or subscription payments via their wallets.

The Cowrium platform will also host a number of interconnected and related apps, as follows:

A money transfer app through which users can send money in any cryptocurrency, which is then converted to Fiat currency & sent to the recipient anywhere in the world.

The Cowrie Stability AI is an Independent but interconnected program that predicts the market, provides possible balance and protects Cowrie from Volatility.

Providing public proof of ownership for reproducible digital unique items (analogous to a certificate of authenticity). It's an area Cowrium is looking into in its Whitepapaer 4.0

Enabling Merchants and Consumers to make/receive payments in any Coin via dedicated mobile and web apps of the Cowrium.

Want to start building your Cowrium portfolio on an Exchange ?

Do with our Exchange Partner Cointagion ! 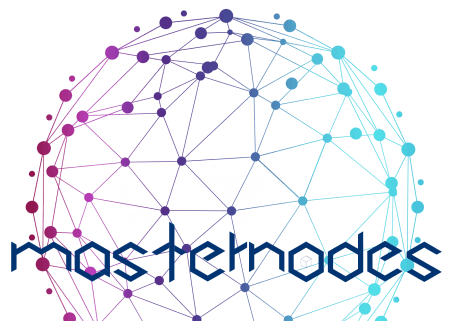 It provides much-needed security, speed, and anonymity to the digital payments and transactions processing through the Cowrium network.

The staking system of the Cowrium blockchain will enable the existing CWR holders to earn a fixed, yearly income in the form of rewards, in exchange for their contribution to maintaining the security of the network. Apart from VPN based Masternodes, users can also engage in web and mobile based staking of CWR coins.

Want to start building your Cowrium portfolio on an Exchange ?

Do with our Exchange Partner Cointagion !

A Project that allows you to Learn about Blockchain / Crypto & at same time provides opportunity to Earn.

A Payment Solution that allows the use of Crypto, Fiat and Electronic Cards as means of Payment Online.

Cointagion p2p Is a Peer to Peer Platform where Buyers & Sellers find eachother for the Purpose of Trading.

The Thrift Society is an online based thrift system that intend to remove the physical barier.

An Uncoventional Online Marketplace for digital products where everyone within the Ecosystem share the profit.

Coincademy is an online academy for everything Financial Intelligence, Blockchain and Cryptocurrency.

Sparrow is a Social Media Platform that allows you to earn as you play and work on it.

Coinalysis is a Crypto Analytical Platform that provide realtime information on Cryptocurrencies.

23 Projects signed so Far. Have project that can be part of our Mad-O ecosystem then submit your proposition / Pitch to mado@cowrium.net

As seen in the News

Would like to have an expansive look at our Honourable Team ? 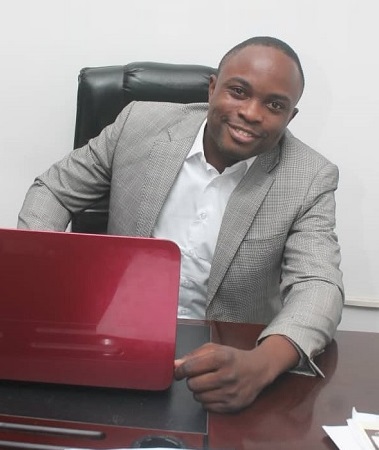 A team player, a professional to the core in his chosen field.

Emmanuel is the Founder and presently acting as the Chief Conductor of the Cowrium project. 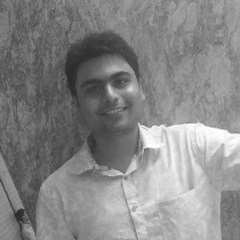 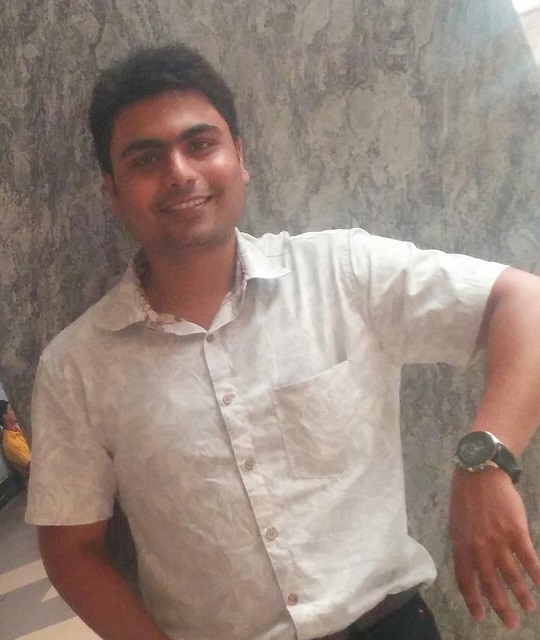 Paying attention to details and making sure all due process followed is his strenght.

An innovative software developer with over 10 yrs of experience in real time application development. He has worked and successfully delivered numerous projects in a wide range of industries. He has been developing Blockchain and cryptocurrency related projects for over 4 years now.

Praveen is presently acting as the Product Manager & Senior Developer of the Cowrium project. 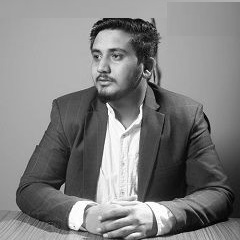 A blockchain expert and enthusiast, Deepanshu has provided consultancy to many Blockchain projects. He envisions to establish a society of disruptive projects that are economically independent which would contribute to the advancement of communities with their innovation.

He is passionate about what he does and has hands-on experience in providing value addition to businesses.

Vast knowledge of the blockchain industry and an experience handling million dollar projects, make Deepanshu a perfect fit for his role as an advisor and an invaluable asset for the Cowrium project. 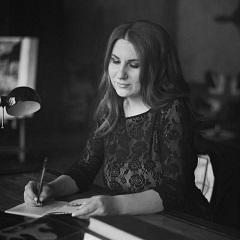 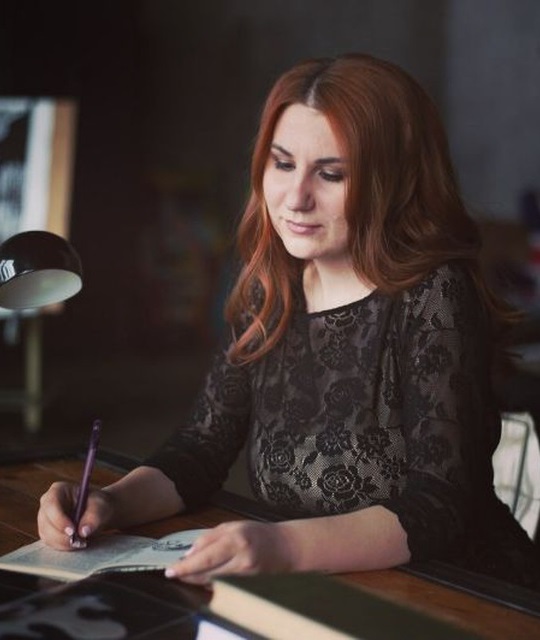 In a Booming and chaotic world of cryptocurrency, what is needed is a partner that is outstanding in the field and understands the terrain.

The need for not just merely a good individual, but that will succeed in communicating with very specific audience in a way they will understand the solution is most important.

The sum of all this distinguished features are what defines Marina Salakova; endearing her to Cowrium as a perfect match as our Business Development Advisor for Eastern Europe.

Below we’ve provided a bit of Information on the Cowrium Blockchain Platform and other related things. If you have any other questions, please get in touch using the contact form below.

Cowrium is a Multidimensional Decentralized Blockchain Platform created with the aim to encourage SMEs to use the advanced technologies for better growth and to enable people to use cryptocurrency as a method of payment for buying products and services.

Cowrie is the native cryptocurrency of Cowrium. The name was adopted from a marine mollusk which was used as money in ancient times. Besides the currency similarity, the process of extracting Cowrie is also known as mining, which also denotes the blockchain mining..

To make the blockchain adoption easier, faster and more profitable for small businesses & enterprises worldwide, and to make Cowrium/Cowrie a household name globally

The Cowrium project is not just a blockchain that aims to evolve the existing economy, but it is a completely new economic system that is being created on the blockchain technology.

We understand that the first requirement for building a strong, self-sustaining network like Cowrium is providing liquidity and multiple ways for users to acquire and use Cowrie (CWR) coins. With that aim, our highly talented and experienced team of developers is working hard to build a one-of-its-kind economic system to provide usability for merchants and users.

All the devices in the system will be directly linked with the Cowrium Pay module, accessing which will require users to provide their unique identities. This will act as a Financial System of the entire economic system, allowing you to deposit, withdraw, perform payments, loan CWR coins, link or request Cowrium Pay Debit/Credit cards to use with our ATMs, POS Terminals or Card Readers situated worldwide. The Cowrium Pay Module and Financial System will be supported by a separate entity from the Cowrium Foundation.

Further, to create a successful, self-sustaining economic system, the Cowrium Network will implement the Governance feature, which is already found in some cryptocurrencies, including Dash. The feature is designed to give certain rights to the Masternode holders, including the ability to vote, fund or reject proposals submitted by the community members, including but not limited to event sponsorships, charity, developer bounties, and more. The crowdfunding feature will enable the community to raise funds for their media/events appearance and development projects, without relying on a third-party development team.

How can I participate in the Cowrie Coin Offering?

You can participate in any of the ongoing token/coin sale by registering on the website. After successfully completing the registration, KYC, you will be approved to make a contribution

Who may participate in the Coin Offering process?

Citizens or residents of all Countries are encouraged to check with their respective Authorities if they are allowed to participate. Otherwise, participation in the Coin Offering process will be available to specific individuals, who have adequate knowledge and understanding in this Coin offering process and choose to agree and adhere to the terms and conditions of the Coin offering process. We make all attempts during the registration process to ensure that participants are legally eligible to join the sale. Depending on the number of coins you buy during the sale, you may be required to go through the KYC process to ensure other legal and moral requirements have been met.

Is there a bonus during the Coin Generation Event?

Yes, you can avail bonus on your Cowrie purchase, as follows:
ICO : Up to 50%
Presale (Pre-IDO) : None
IDO : None
The bonus amount will be based on your contribution size, as outlined in the Whitepaper.

Is there a minimum/maximum purchase size?

Which contribution methods are accepted for the Coin sale?

We accept BNB (Binance Coin) as our smart Contract will run on Binance Smart Chain (BSC).

Do I need to register to participate in the Contribution?

Not Neccesary as the wallet will be linked directly from our Site.

How will the Cowrie Coin be allocated?

What happens to the coin in the event that any are left unsold?

The unsold Cowrie will be pushed to our charity cause.

Do we receive Cowrie during the Coin Offering Period?

Yes. The System has been designed to immediately Credit Cowrie Token to the contributor’s Wallet. Note that 1 Token is equal to 1 Coin. The Amount of coin that will be sent to the wallet will be an equivalent of the number of tokens purchased. Please refer to the TERMS AND CONDITIONS section of the whitepaper for a more detailed and accurate description of this process.

Which exchanges will Cowrium/Cowrie be listed on?

We plan to be listed on the following exchanges: PancakeswapV2 (Dex), Cointagion, Gate.io, LBank, Hotbit etc. The listing on the above exchanges will start soon after the IDO ends. We plan to get listed on the major exchanges within a period of two years. Our own Exchange CowDex is also part of the Cowrium project plan.

Is there a vesting period for The Team and Advisors Token/Coin?

Yes, the coins of the Cowrium team/advisors will be automatically vested by the system for a period of 1 year from the conclusion of the IDO..

Is there a Refferal/bounty program I can join?

Any question? Reach out to us and we’ll get back to you shortly.

Copyright © 2018-2022, Cowrium Foundation | Registered in Georgia. All trademarks and copyrights belong to their respective owners.

The Multicurrency Payment Solution Consist of the following: 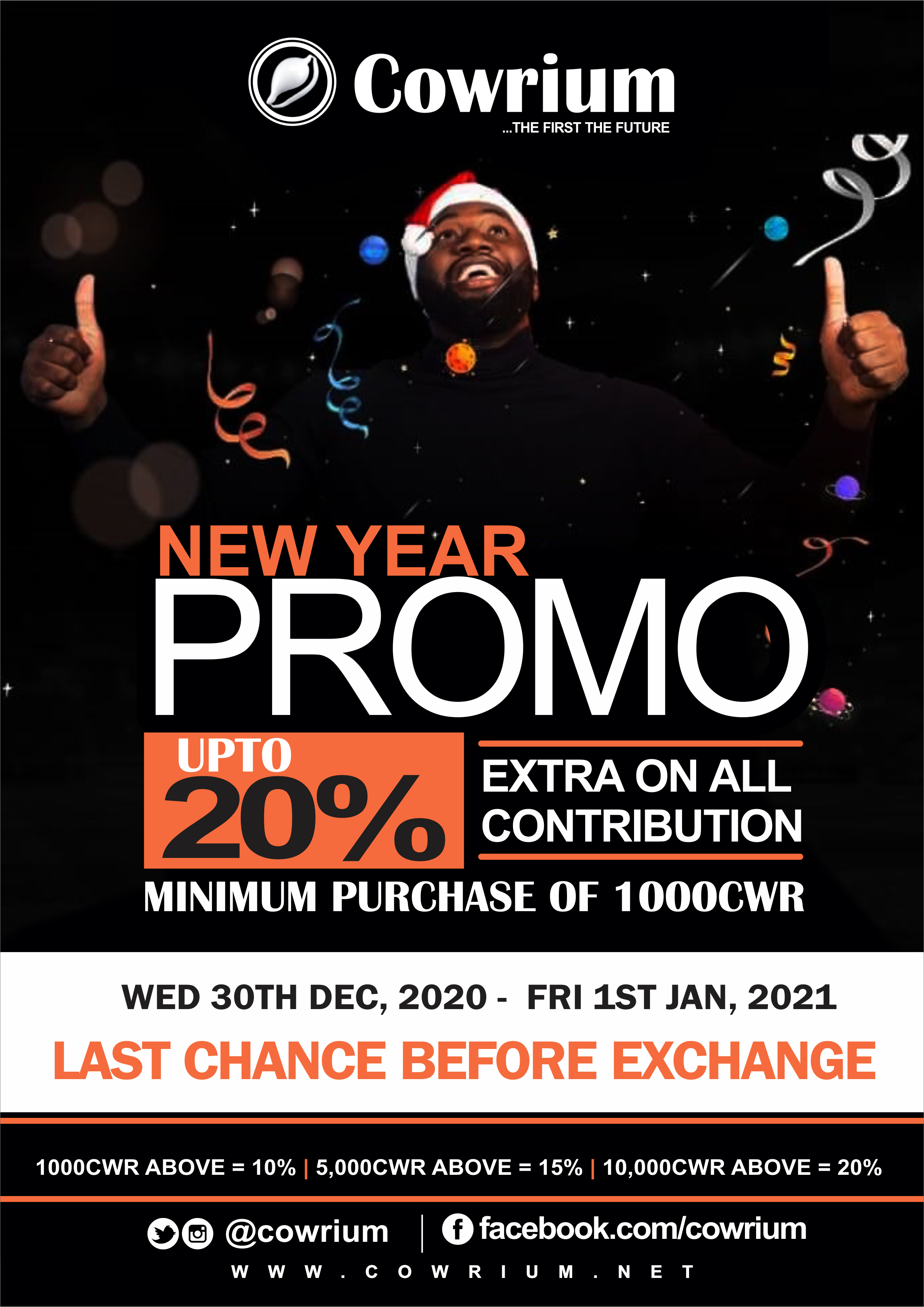